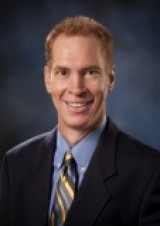 Stephen brings a wealth of knowledge to the agency. He earned his bachelor’s degree from the University of Massachusetts at Amherst in 1989 where he met his wife Lisa. He also attended law school. Steve and Lisa were married in 1993 and moved to California. In that same year Steve opened the Stratford Court Café in Del Mar. In 2006 Steve got the itch to take his career in a different direction. Reflecting on his 13 years as a restaurant owner he and his wife recalled many frustrating times dealing with insurance issues and particularly agents that never seemed to be representing their best interests. Steve got licensed in 2006 and the agency doors opened that same year. Ironically, Steve was able to cut his restaurant premiums in half once he was his own agent. Steve juggled both the agency and the restaurant for two years and then sold the restaurant in 2008. His areas of expertise are home, auto, excess liability, health and life insurance.

Steve is an avid trail/ultra-marathon runner and triathlete who also enjoys many activities with his wife Lisa and their three children. He served on the board of directors for the Del Mar Foundation and is currently a CASA for Voices for Children.

Return to the staff page.